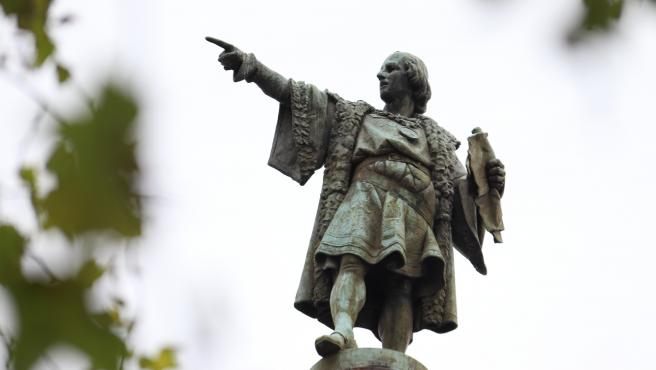 Germany recognizes the massacre of the Herrero and Nama in Namibia during German settlement as genocide and plans to apologize before Parliament as well as pay reparations. Although Germany’s genocide reconciliation and reparations plan continues to be criticized for not including the payment of reparations to the direct descendants of these communities among other things, accepting and acknowledging a country’s role in such a tragedy is very important. The politics of Western countries should reflect on their colonial past and the consequences that endure to this day.

Colonialism is like a two-sided coin: It can fall on one side or on the other, but in no case can it fall on both sides at the same time. The colonial and post-colonial periods share this in common. One country can benefit from colonialism, but it’s always at the expense of the other. One of the two will always lose out.

Colonialism was a key period for the establishment of capitalism and today’s society as we know it. It could be said that the coin has been falling on the same side since the beginning of this period. Normally, the debate surrounding colonialism focuses on the damage that was caused during that time in the colonized country. Sometimes, more than I would like to imagine, the debate focuses on the “benefits” that the colonized countries have derived in the long run. The repercussions of colonialism are rarely discussed nowadays. Talking about colonialism in technical and factual terms is important to understand that “colonialism” is not just a term used to refer to a historical period, but a construct of hegemony dominated by Western countries. When speaking of colonialism, it is important to differentiate between the type of occupation that took place.

On the African continent there was an occupation centered on trade, the purpose of which was the exploitation of both natural and human resources (slaves). The settlers in that land did not intend to settle there for a long time. Rather, it was the opportunity for many people to make a fortune in a short time.

In Asia, an administrative settlement was established at first. The relationships were also of an economic nature and in order to control the colonies, administrative power was delegated to a group of people of a particular ethnicity, thus building a hierarchy among the population.

However, colonialism in Latin America was a settlement. The colonizers settled in the colonies and with them imported the system of the metropolis into “the new world” exterminating the structures already existing up to that time.

Spain had colonies of all three types in Latin America, Asia and Africa. From my own experience I know that when you compare the colonialism of the English, Dutch or Belgians with the colonialism of Portugal or Spain, there is a tendency to see Southern European colonialism as the light version. We Spaniards were not so bad compared to the Belgians or the French. Even in school, we are taught to view the “discovery of America” as a memorable act; we even have a National Holiday dedicated to it.

What is not talked about is the exploitation that took place at the time or the cultural extermination that took place. Of the imposition of Catholicism and the work of assimilation that was brutally done in the colonies. In such a way that to this day most of the former Spanish colonies are de facto more religious than Spain. What is omitted in these discussions is the racial hierarchy that was imposed, which persists to this day, in which the descendants of Spaniards have more purchasing and social power than the descendants of Indigenous or Black people. Although many do not see these events as violence, which they are, we cannot forget the forced conversions, rapings, land theft and so on that took place during that period.

If anything can be learned from German politics, it is how well the reflection and overcoming of the Holocaust was carried out. Although Germany is precisely a country that boasts of not having a very extensive colonial past, they are more aware than the Spanish of the actions they carried out in Namibia and today, although late and very moderately, Germany’s responsibility in the genocide of the Herrero and Nama in Namibia is accepted.

Spain has a long way to go in recapitulating its colonial past. It is important to accept what the exploitation of certain countries meant for the history of Spain as well as to contemplate the impact that Spanish settlement had on the former colonies. Above all, it is necessary to contemplate this from various points of view including the educational, financial and cultural sectors. Until then a “face to face” rapprochement between Spain and these countries will not be possible.

Carlota Memba Aguado holds a degree in politics, administration and international relations and stands for what is fair with creativity, passion and responsibility.