Who is Solidarity For: Intra-Racial Solidarity for True Black Liberation

“Intra-racial solidarity building is extremely critical in articulating the facts of violence and reimagining a liberated world for all Black people that is free from said violence. Centering Black trans women and other marginalized Black folks allows for everyone to be free, from the bottom up,” – Kahlia Phillips

“Who is solidarity for?” was a question posed by Ebony Donnley, the partner of Ericka Hart, in an IG live show and I’ve been pondering this question ever since. Our priorities around who we, as Black people, engage in solidarity with are not in order and it’s time that we change that.

The murders of Ahmaud Arbery, Breonna Taylor, and George Floyd in the US due to anti-Black racism and police violence were the tipping point for global protests. There were calls to action for people everywhere to be clear about the impacts of white supremacy on Black lives and to join in the fight for Black lives in the name of inter-racial solidarity. For example, there has been a major presence of white people at Black Lives Matter protests. However, our allegiance to each other within our own community is way more pressing than any allegiance we can cultivate with non-black people.

Solidarity (n): unity or agreement of feeling or action, especially among individuals with a common interest; mutual support within a group.

Who is solidarity for? In late May/early June, a couple things stood out to me that infuriated me and my homegirls. George Floyd, a Black cishet man, was murdered in Minneapolis, MN on May 25th and his death was the catalyst for the uprisings. On June 1st, Iyanna Dior, a Black trans woman, was brutally beaten by multiple Black cisgender people in St. Paul, MN; not far from where Floyd was murdered. No riots, protests, or uprisings to follow; just people justifying her beating. Luckily, she was able to make it out alive. The outrage for Floyd and the silence for Dior is telling about whose Black lives actually matter and whose Black deaths garner enough motivation to shift power both inside and outside of the Black community.

Who is solidarity for? It’s wild to see Black people pouring energy into uniting with white people and non-black people of color (NBPOC) during these times while ignoring the harms that are done intra-communally. This is not to say that George Floyd’s death is not worthy of protest. It is to say that we have historically valued the lives and deaths of Black cishet men over other Black community members and that is wholly unacceptable. For example, there is a lot of cognitive dissonance around how Black women (cis and trans) have been doing the work necessary to push liberation work forward for folks that would turn on them, fetishize them, and kill them. Knowing this, how can we honestly sit around and request other demographics of people to show up for us when we won’t show up for the most marginalized in our own community? While being a bigoted Black person does not equal death, it does mean that we have to be honest about our own bigotry and engage in deep decolonized community building.

Who is solidarity for? Why should we create hashtags like #AllBlackLivesMatter, #SayHerName, #BlackTransLivesMatter, #BlackQueerLivesMatter, and other hashtags that are more specific about which subset of Black folks we are centering? The short answer is that the “Black first” approach to politics is limiting and ineffective and hasn’t gotten us much closer to liberation. Thus, centering Black folks with multiple marginalized identities works towards tackling more than one system of oppression simultaneously. Even still, there are conversations within the Black community that consider such inclusivity as being “divisive”. It makes zero sense. White supremacist patriarchal capitalism has convinced us what it means to be “Black” (i.e. cisgendered, heterosexual, college educated, etc.) and we’ve allowed, mostly out of survival, to let these notions define our Blackness. To take it a step further, we collectively convinced ourselves that Black people that do not have these identities are a severe detriment to the advancement of Black people as a whole and consider them to be a threat rather than community. Screaming Black Lives Matter at a protest for a Black cishet man and being silent about the murders of Black trans women, because of state AND intra-communal violence, is a function of white supremacy and truly divisive.

Who is solidarity for? In the book Invisible No More: Police Violence Against Black Women and Women of Color, Andrea Ritchie quotes Angela Davis discussing police violence by stating the following: “…we learn so much more about the system as a whole than we would if we look exclusively at men…about the nature of punishment writ large.” Our collective understanding of police violence in the Black community is severely limited because we only focus on the experiences of Black cishet men and completely disregard/erase the experiences of BIPOC womxn/femmes and girls. Co-opting #SayHerName by sharing #SayHisName, pushing Black women (cis and trans) out of the conversation, ignoring the experiences of Black trans sex workers, and disregarding the voices of Black youth among other erasures stifle our ability to fully articulate the holistic violence of police and policing. Intra-racial solidarity building is extremely critical in articulating the facts of violence and reimagining a liberated world for all Black people that is free from said violence. Centering Black trans women and other marginalized Black folks allows for everyone to be free, from the bottom up.

Who is solidarity for? To be clear, I actually believe that having white people and NBPOC, that are actually doing decolonizing work, on the side of Black liberation and working towards pushing liberation work forward would be extremely helpful. It could also make it possible to cultivate a space for collective liberation to bloom and blossom in ways that make our radical imaginations more plausible. I’m also not saying that Black people have to be a collective unit before we can fight against state violence. However, not everyone is doing the work. Only a small subset of white people and NBPOC are willing to engage in serious decolonization work necessary to help create an environment where Black people can survive and thrive. There are various ways to educate ourselves on systems of oppression and how we perpetuate these same systems intra-communally and how to take action against these ills of society. However, one cannot learn and be open to growth if they do not consent to being educated and held accountable. We have to make a decision about how dedicated we are to true Black liberation and begin the work to actualize this vision for ALL Black people.

Who is solidarity for? White/NBPOC approval? To convince these folks that our lives matter? Or is it an opportunity to take a step back to realize the harms that we do to each other in our own community? As mentioned above, solidarity with other groups to achieve collective liberation, ideally, is cute but I’m not concerned with convincing non-black people that my life matters. Or George Floyd’s or Breonna Taylor’s or Tony McDade’s or the countless other Black deaths that have happened at the hands of police violence. I care more about creating a world where Black trans women don’t have to choose between protesting for and maintaining their safety from Black lives or any of us having to protest in the first place. We have the opportunity to reimagine a world where ALL Black people are safe, loved, and affirmed and we have to center Black trans women and other marginalized Black folks in our true quest for Black liberation. 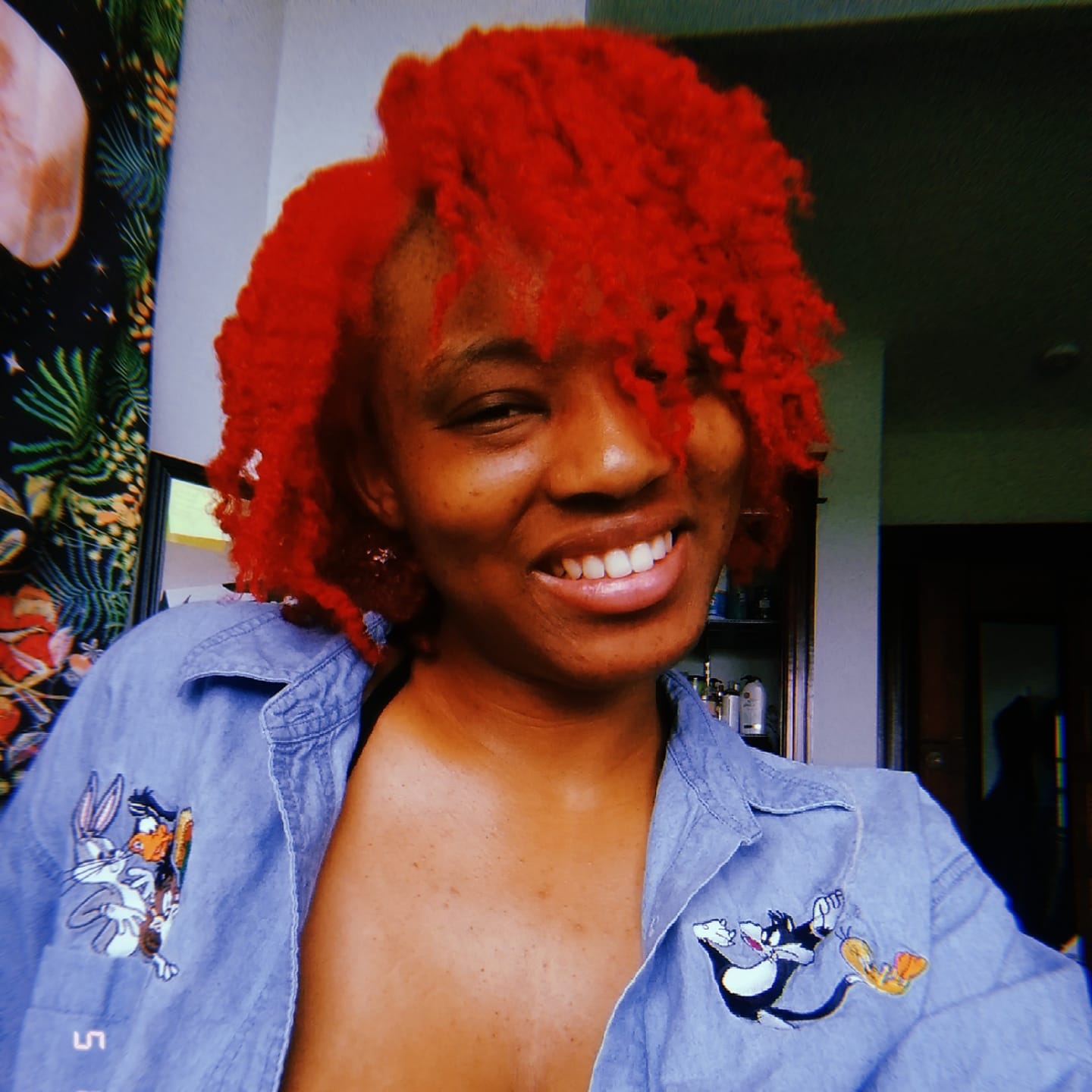 Kahlia Phillips is passionate about Black queer feminist politics, the role that comprehensive sexuality education can play in Black liberation, and random stuff.