Black Youth Have Been Combating Gun Violence for Generations 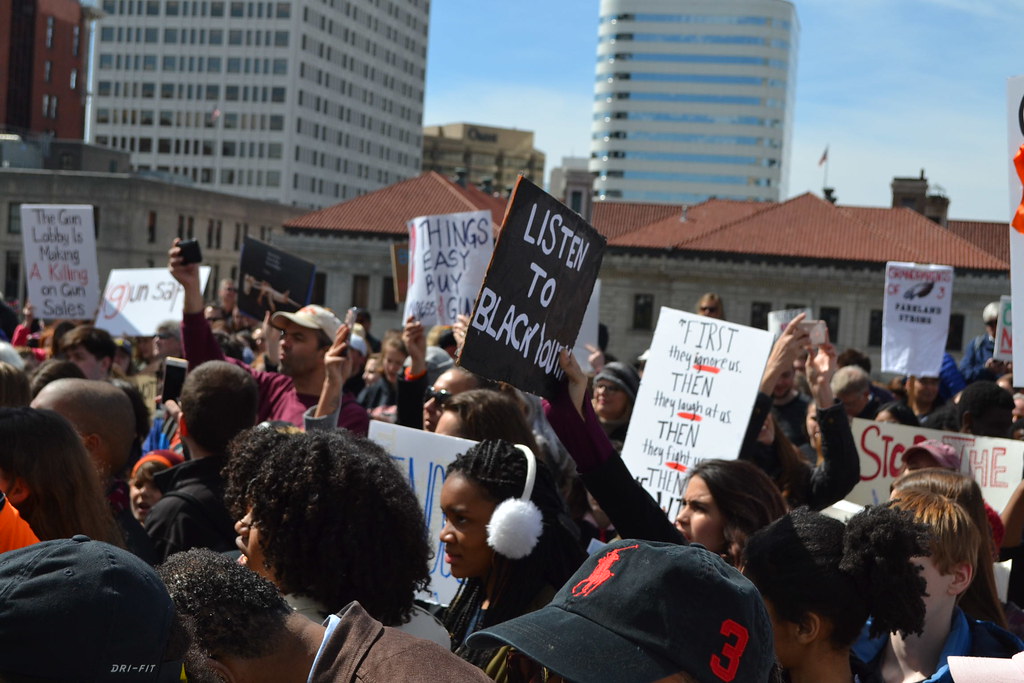 Nearly a year ago, I was given the opportunity to deliver a speech at the March For Our Lives rally in Richmond, Virginia, which led to being quoted in multiple local news outlets, being invited to write articles for the ACLU of Virginia, and to organize with a group of student activists. In the midst of these opportunities, I faced racism and online harassment by the students who organized the local March For Our Lives rally.

It started when I called out two white students for their insensitive comments regarding racism in schools, police brutality and school shootings being intersecting issues. When they suggested the murder of Stephon Clark is a separate issue from the Columbine and Parkland massacres, I asked them if they genuinely believe in Black voices. I was accused of being “rude,” “disrespectful,” “inconsiderate,” “throwing shade,” “clashing,” “fighting,” “attacking” other people, “not exchanging my opinions peacefully” and “changing the subject of who they [March for Our Lives] are trying to help.” I was told that I shouldn’t be working with them if I was going to address the disproportionately affected demographic, instead of “all lives, American lives and not Black lives.” Just to name a few, messages in the group chat read:

“Can we please not make this about race? This is meant to be about the condition of our communities and the character of our country.

“… If you don’t like it here, maybe you shouldn’t be working with us if you’re going to be fighting with other people and attacking us online.”

“I worked over 477 hours for Governor Northam’s campaign and I led some rude, disrespectful and inconsiderate people, but I have never encountered…”

“While she’s being close-minded, selfish, and inconsiderate by changing the subject of who we’re trying to help here, we’ll be busy doing things that actually accomplish something.”

“Stephanie, we 100% respect all of your opinions, but we also believe that the main point of this chat is to talking about how gun violence and how it affects us, as well as what we can do to stop it. How we go about it, whether it [would] be an emphasis on black females or whatever you want is completely your choice…We love the power of Black female voices.”

“The Instagram stories and group chat arguments offended everyone and it has nothing to do with your race or your gender.”

“The point of this is to come together for a common cause regardless of race, sexual orientation or political opinions.”

I was consequently turned away and excluded by the organizers from participating in the Virginia National School Walkout Protest. They waited until the day of the walkout, and when I had arrived to deliver my speech to tell me I was no longer wanted, unsurprisingly. After sharing my story on social media, at two own halls, and one youth summit and one speak-out, that organizing group in Richmond, Virginia became nonexistent.

According to Everytown for Gun Safety, gun violence is the leading cause of death for Black youth, who are also 14 times more likely than white children to lose their lives to gun violence. Despite these statistics, Black youth don’t usually have school walkouts across the country and thousands of people showing up to support at marches organized by Black youth. The March For Our Lives in Richmond drew over 5000 people, while demonstrations organized by Black youth drew much fewer people.

Amplifying our voices means showing up to demonstrations that challenge issues that may not directly affect you, like racism and the school-to-prison pipeline. Amplifying our voices also means speaking with Black youth rather than speaking for us. I’ve learned to speak for myself as Black girl who is light skinned, who doesn’t identify with the LGBTQ+ community, who hasn’t attended heavily policed schools and who doesn’t live in poverty.

My call-to-action for all of you is to show us you care about Black youth by giving us the same attention you would give to white youth affected by gun violence.