What Armed Teachers and Police Presence Mean for Black Youth 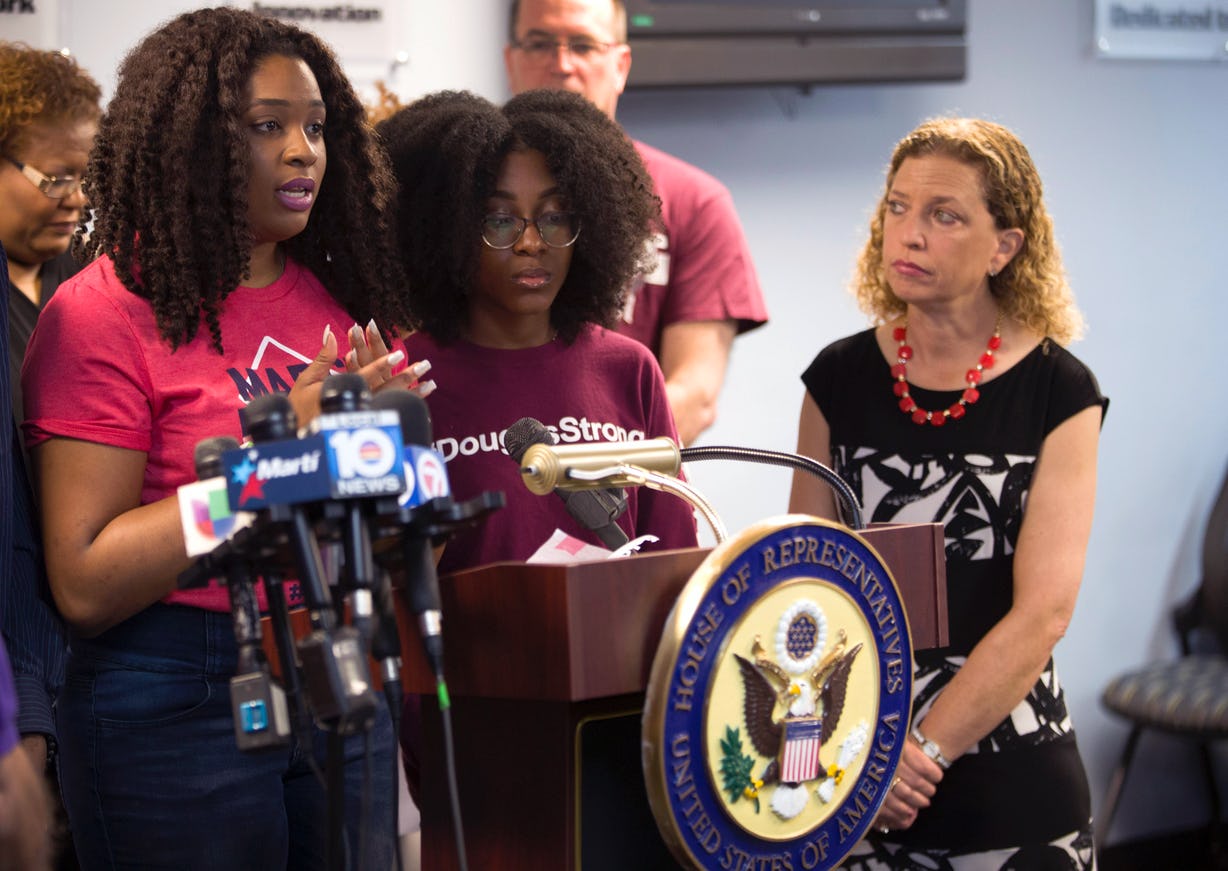 On February 14th, 2018, my school, Marjory Stoneman Douglas, came face-to-face with gun violence. On that day, I was on the 2nd floor of the Freshman building, the same building we lost 17 of our MSD Eagles. I hid behind my teacher’s desk holding my classmate’s hand, in prayer and in fright. For a long time, the sounds of gunshots and screaming resonated in my head. Moments later, armed forces broke the glass in my classroom door, and held me and my classmates at gunpoint, later assuring us that it wasn’t a drill. For the safety of the students, we later were evacuated out of the building.

As we approach the 1st anniversary of the massacre, I have been in the midst of many public school safety conversations. The most popular topics tend to be arming teachers and increasing the presence of law enforcement in schools. I have been against these outrageous “solutions” since the beginning of my activism. Students of color do not find comfort in more security and putting guns in the hands of teachers. The harsh reality for students of color is that more guns mean more death.

The media covered multiple videos of the horrific and traumatic scene. As students were being evacuated, they had the privilege of being able take out their phones, and record, while being surrounded by heavily armed officers. As a Black student who was in that very same building, I don’t know what it’s like to have the privilege to reach into my back pocket, take out a phone and record what I was seeing while being in hallways lined with armed forces. I was afraid of making the wrong move. This narrative of the shooting is never included in the conversation about school safety.

Arming teachers will have a negative result, simply because it won’t be long before a teacher feels “threatened” by a student of color. The result of upholding Stand Your Ground Law is another dead child, another shooter set free and a traumatized classroom. At the same time adding more officers in schools is offered as a solution, we need to remember that 60% of unarmed victims of police killings are people of color. Increasing the presence of guns and security will never mean safety for all. It means safety for only a few.

Mei-Ling Ho-Shing is a 17-year-old senior at Marjory Stoneman Douglas High School, a student activist, and a survivor. She is a passionate advocate for gun reform, public school safety and the Black Lives Matter movement.

The Movement Against Gun Violence Needs to Look Like Everyone

By Mei-Ling Ho-Shing • According to the Oxford Dictionaries, intersectionality means, “the interconnected nature of social categorizations such as race, class, and gender as they apply to a given individual or group, regarded as creating overlapping and interdependent systems of discrimination or disadvantage.” This term is very well-known in the fight for gun violence prevention.