When Black Girls are Robbed of their Innocence 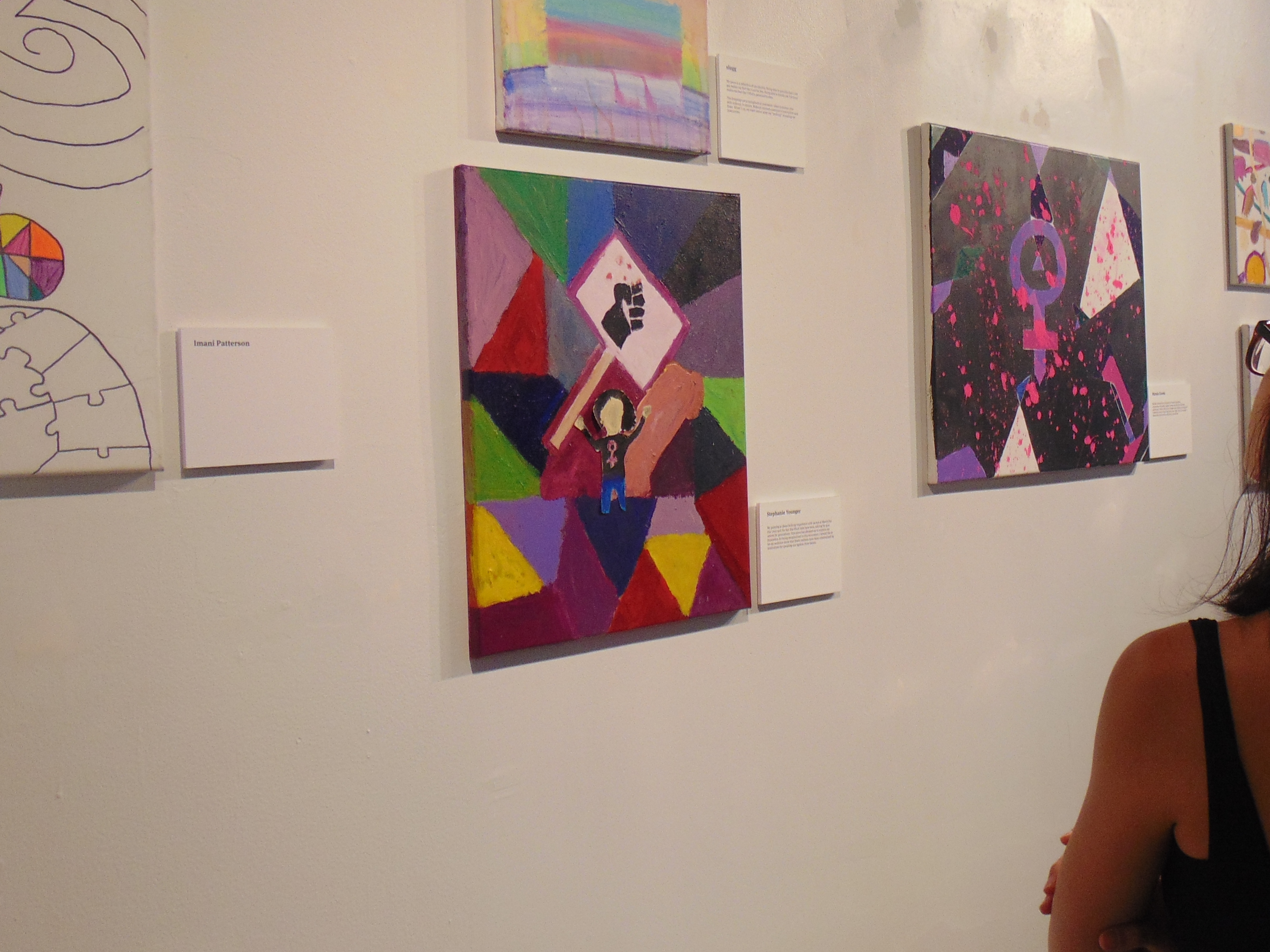 My painting in Art 180‘s gallery, “Everything is Connected,” is about the racism I experienced within the gun violence prevention community. The different colors represent the emotions I felt throughout the time I faced online harassment. This piece has allowed me to express my frustration about Black voices, especially the voices of those who are directly affected by gun violence, being marginalized in this movement. In this painting, I got to share my story about racism, harassment on the internet and how it affects the mental well-being of Black women, including Q&T Black women.

When Black girls speak out about issues that disproportionately affect Black people, we’re often expected to show up for people who marginalize our voices. When I say that, I speak from personal experiences. Black people are being placed at the back of movements for gun violence prevention, and when it’s brought to attention how racism plays a factor in this injustice, people use our rightful anger to discredit us. From my experience in the gun violence prevention space, I have been accused of “clashing,” “antagonizing” and “attacking other people,” being “disrespectful,” and “not exchanging my opinions peacefully.”

Young white people get to be “just kids,” and to “learn and grow,” while Black youth are depicted as less innocent than our white counterparts, and are almost never viewed as children when we hold other people accountable for directing their anti-Blackness toward us.

One day, I hope to live in a world where Black girls aren’t harassed on the internet and robbed of our innocence when we speak out about issues such as police brutality and other forms of gun violence as a whole.