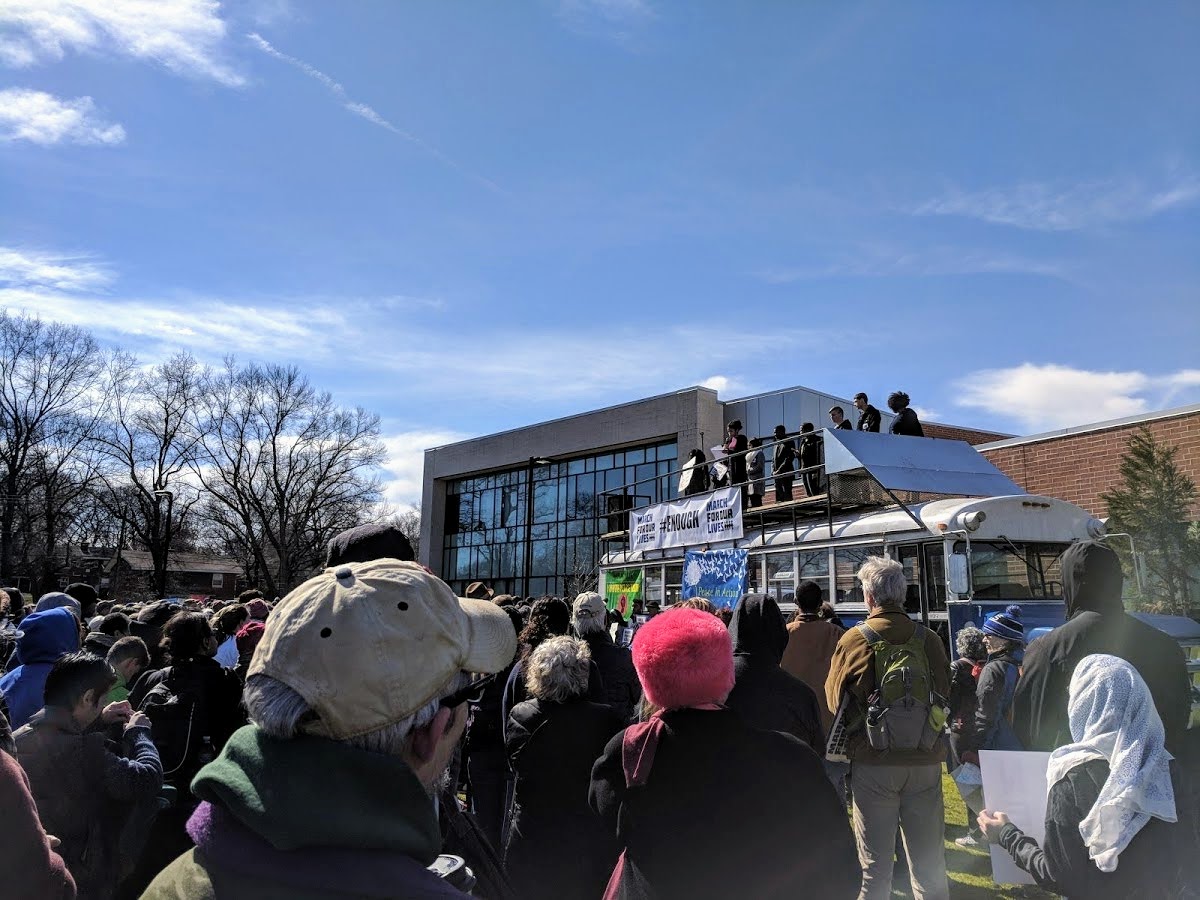 Edited and re-published on the ACLU of Virginia on April 5th, 2018 •

Today, I was a speaker at a March For Our Lives demonstration in Richmond, Virginia addressing the fatal school shooting at Marjory Stoneman Douglas High School in Parkland, Florida. My speech shed some light onto how gun violence disproportionately affects women, queer and trans people, and Black communities. Here is my speech:

“On February 14th, 2018, 17 people were ripped from their families, stripped of their opportunity to graduate from high school, go to college and make more families.

Because we live in America, a country where young people have to decide between their safety and their education, where people value the second amendment over their humanity…

How many more hate crimes will happen to the LGBTQ+ community;

How many more women will be shot for rejecting unwanted advances;

How many more times do my parents have to give me the “talk” on how I’m 10 more times likely to become a victim of gun violence because being Black and female puts my life at risk with those whose job it is to “serve and protect”?

For America to stop devaluing the voices of Black girls who experience this reality every day, and who have been calling for gun reform for years, and to start valuing tomorrow’s leaders.

They say we should be seen and not heard. They say young people are our future.

Today we are young people in America raising our voices against gun violence.

Our future is now.”

Many were shocked by this, despite the fact that we live in a society that was built on a foundation of violence; the genocide of Indigenous people, built on the backs of kidnapped, enslaved and abused Black people, and where the “right to bear arms” really applies to those who aren’t Black and Brown. The mainstream media’s abundant support for the white students and the minimal support for Black youth, who are affected by it the most, is evident. This movement against gun violence has been deemed a “new wave of student activism,” when Black youth have been rallying against gun violence for generations, yet continue to be seen as “divisive” and “violent” for directing attention to how gun violence affects Black communities.

“I represent the African-American women who are victims of gun violence, who are simply statistics instead of vibrant, beautiful girls full of potential. For far too long, these Black girls and women have been just numbers. I am here to say never again for those girls too.”

The voices of Black girls like 11-year-old Alexandria student Naomi Wadler should be centered in this movement, and deserve much more visibility and support in the media.

Being a young Black girl participating in this, I am recognizing the Black youth, especially the Black girls before me who have put their lives on the line to fight gun violence against their communities.